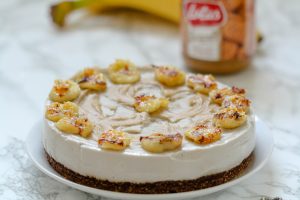 I loooove this rich and very Creamy Vegan Banana Cheesecake with Speculoos, the nutty flavour of the base goes perfectly with the sweet and delicate banana filling. 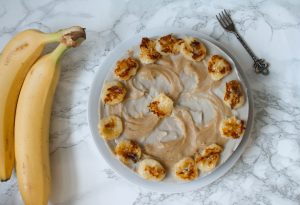 I always thought that cheesecakes were too difficult to make especially if you do not use any dairy, but I had to remind myself that this had never been a problem before! If I could make delicious dairy-free cakes, cookies and tarts, then I could also make a dairy-free cheesecake! And you can too ! Even without any baking knowledge, I will guide you 🙂

This Creamy Vegan Banana Cheesecake with Speculoos took me 20 minutes to make. You need to allow some time for the cashews to soak the night before and for the filling to set once it is in the fridge, but other than that the process itself is very quick. 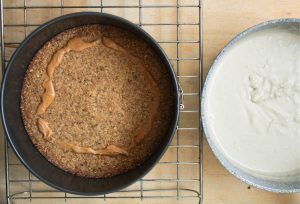 For the filling I have used a mix of cashew nuts and coconut milk to which I added a banana, some agave syrup as a sweetener and ½ tsp. of agar agar powder. Mix it all, warm it up and leave in the fridge for a few hours, et voila! Bananas and walnuts are such a great match, so I have put plenty of walnuts into the base of our cheesecake.

I am a huge fan of this spread (check out my Speculoos cookie recipe!) I just love the caramelised taste of it, but if you are looking for something less sugary feel free to replace the Speculoos spread by a nut butter such as cashew or almond butter. 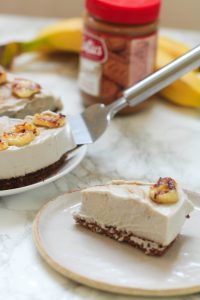 Some of you may feel a little put off by recipes using agar agar powder and I understand because that’s how I use to feel too, mainly because I didn’t know what it was. Let me explain very briefly what agar agar is and what it does so that you can feel confident in using it to make delicious cheesecakes.

Agar agar comes from seaweeds, 100 % natural it is a great vegetarian substitute to the gelatine often use in traditional recipes. Agar agar is often used in vegan jelly, marmalade, ice cream, custard, etc. It helps to stabilize and thicken the filling.

A little goes a long way! In this Vegan Banana Cheesecake with Speculoos I have only used ½ tsp of agar agar.

Where to buy it: You can find it on Amazon. 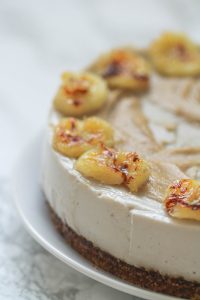 HOW TO STORE this cheesecake:

Leave it in the fridge so that the filling remains firm. This Creamy Vegan Banana Cheesecake with Speculoos is even better the next day, I had mine for dessert over the next 5 days after making it and every single day it was a wow 😊. 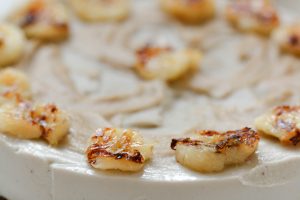 I hope you try and like this Creamy Vegan Banana Cheesecake with Speculoos, if so let me know! Share on Pinterest and tag a photo on Instagram #mimies_delicacies so that I can see your lovely creations as well as helping me reach more of you lovely people. Merci my friends! 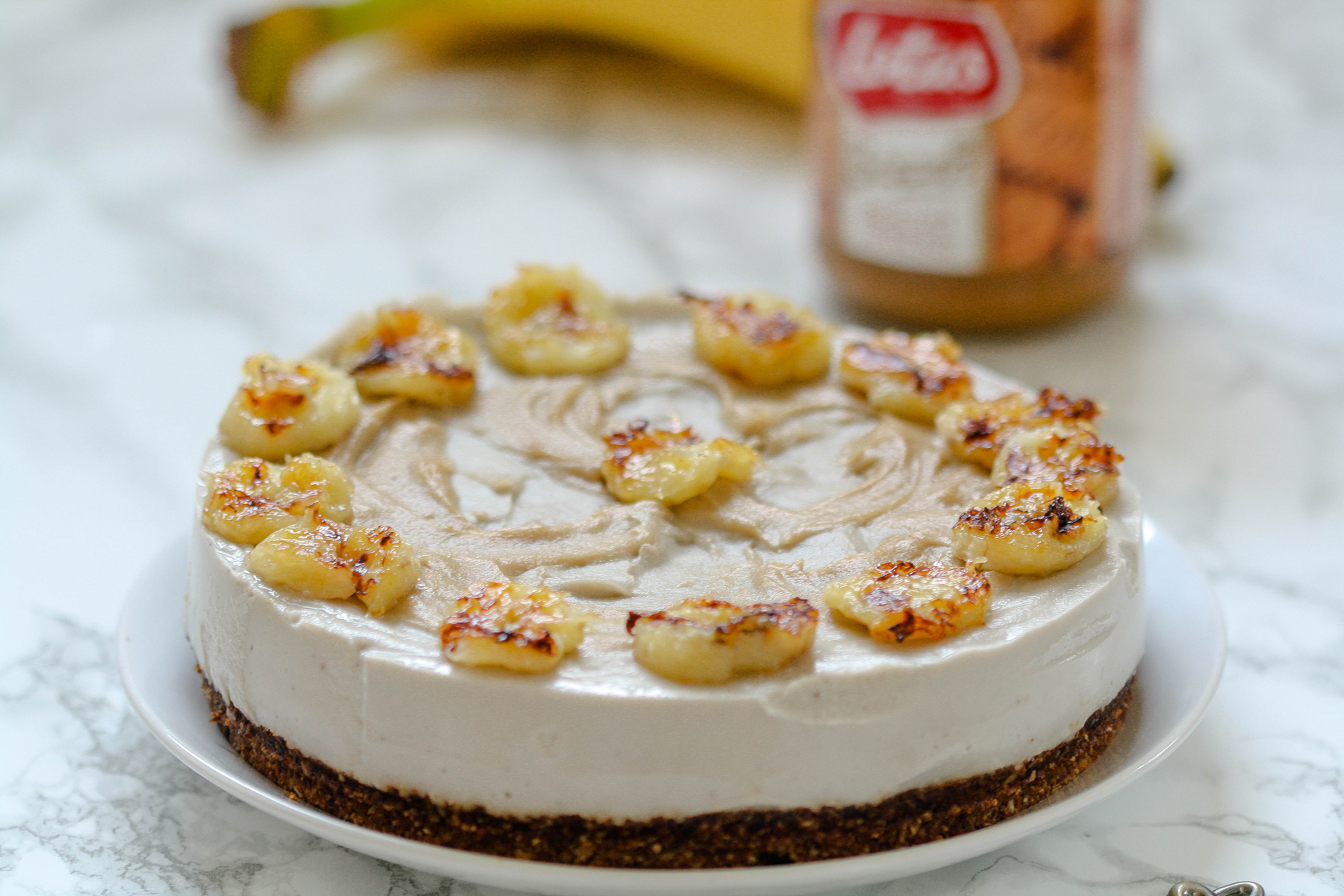 Everything you need for your Weekly Shopping – Start Free Trial Today

This website uses cookies to improve your experience while you navigate through the website. Out of these, the cookies that are categorized as necessary are stored on your browser as they are essential for the working of basic functionalities of the website. We also use third-party cookies that help us analyze and understand how you use this website. These cookies will be stored in your browser only with your consent. You also have the option to opt-out of these cookies. But opting out of some of these cookies may affect your browsing experience.
Necessary Always Enabled
Necessary cookies are absolutely essential for the website to function properly. This category only includes cookies that ensures basic functionalities and security features of the website. These cookies do not store any personal information.
Non-necessary
Any cookies that may not be particularly necessary for the website to function and is used specifically to collect user personal data via analytics, ads, other embedded contents are termed as non-necessary cookies. It is mandatory to procure user consent prior to running these cookies on your website.
SAVE & ACCEPT