This vegan brioche is the result of a lot of trials and errors but the wait was so worthwhile, as I have now found my favourite vegan brioche :). 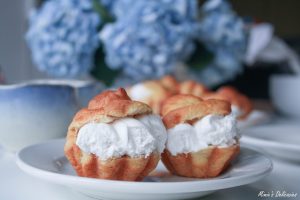 This vegan brioche, or Briochou, was the result of a disaster in the kitchen! I had invited my friends for a little afternoon tea and thought I would impress them all by making a vegan choux pastry. The only one impress at the end was me! Impress by how difficult this is! After a lot of research, a few trials, and some more research, I have to admit that the vegan choux pastry remains a mystery to me!

But “failure is success in progress” and so I ended up creating one of my favourite recipe, which I have named the Briochou 😊. With the look of a chou and the taste of a brioche, who needs a chou when we can have a Briochou?! 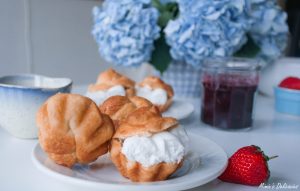 This recipe only requires 4 to 6 hours resting or more if you wish to make the briochou the night before and bake them in the morning for a warm breakfast.

Don’t forget to give them a ‘chou look‘ by filling them with some delicious coconut whipped cream and add some strawberry for a romantic look😊. You can do the whipped cream yourself with a can of coconut cream and some cane sugar (blended until superfine). Here is the link to my favourite coconut whipping cream link.

If like me you love eating whipped cream on its own, then click this link for my Chantilly recipe. 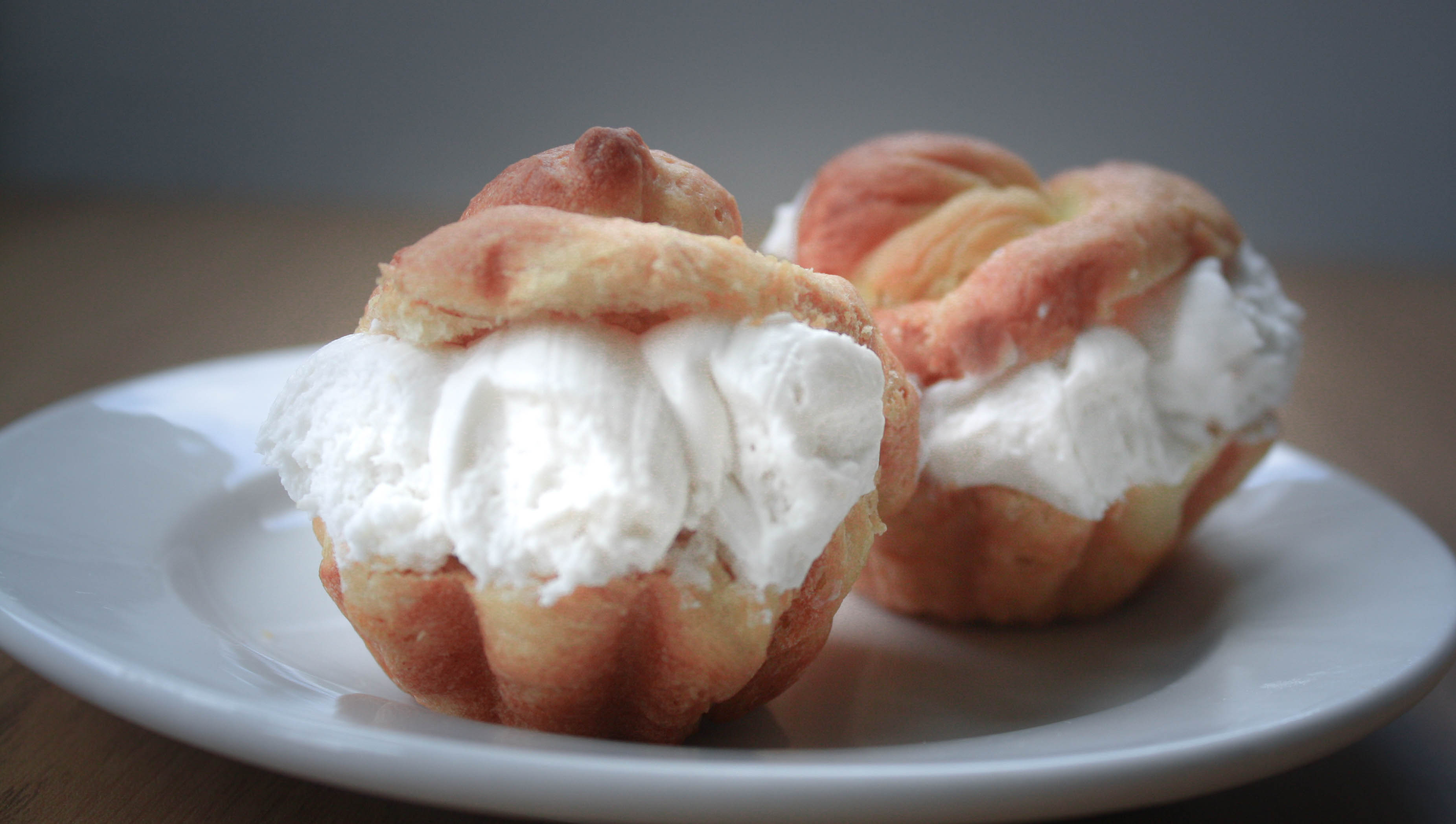 Thicker than a chou pastry but lighter than a traditional brioche this recipe will brighten up your breakfast table.

*The moulds used for this recipe have a dimension of 7.5cm (Ø) so I have divided the log into * portions, if you have moulds of 12cm (Ø) you will need to divide your dough into * portions, etc.

I hope you try and like this vegan brioche, if so let me know! Share on Pinterest and tag a photo on Instagram #mimies_delicacies so that I can see your lovely creations as well as helping me reach more of you lovely people! Merci my friends!

Everything you need for your Weekly Shopping – Start Free Trial Today

This website uses cookies to improve your experience while you navigate through the website. Out of these, the cookies that are categorized as necessary are stored on your browser as they are essential for the working of basic functionalities of the website. We also use third-party cookies that help us analyze and understand how you use this website. These cookies will be stored in your browser only with your consent. You also have the option to opt-out of these cookies. But opting out of some of these cookies may affect your browsing experience.
Necessary Always Enabled

Any cookies that may not be particularly necessary for the website to function and is used specifically to collect user personal data via analytics, ads, other embedded contents are termed as non-necessary cookies. It is mandatory to procure user consent prior to running these cookies on your website.